gita is a battery-powered robot and its battery requires recharging. Under normal operating conditions the battery supports an estimated 4 hours of continuous walking and can be recharged in under 2 hours.

gita contains a Lithium-Ion battery. Please dispose of gita properly and in accordance with all local regulations.

WARNING: Do not attempt to service or repair the battery. If damaged, contact Piaggio Fast Forward Customer Care at (800) 791-0843.

gita’s battery requires recharging. Under normal operating conditions the battery supports an estimated 4 hours of continuous walking and can be recharged in under 2 hours. We recommend that you plan your journeys accordingly.

gita communicates its current charge status through the charge indicator in the mygita app and its wheel lighting:

Should circumstances require you to power gita off manually, press and hold the Power button and release it after 3 seconds to properly shut down all of gita’s systems.

To power on gita, briefly press and release the Power button.

Note: In order to power off gita the cargo bin has to be unlocked.

To charge gita, plug the charging cable into the charging port at the back of gita and the power plug into a regular wall outlet. The charging port is underneath the power button. gita enters a stable park position while charging. There is no need to worry about over-charging your battery, gita’s battery pack automatically charges the battery to an optimum level.

Note: Make sure the center arrow on the charging cable aligns with the gita charging port before inserting.

While the battery is being charged, the Ready/Park button pulses yellow; it changes to green once the battery has been fully charged. The mygita app provides you with a detailed indication of the battery’s status during the charging process. While the charging cable is plugged in it is not possible to exit the Park mode. When parked, gita powers off automatically after 30 minutes.

With the winter hitting hard everywhere this year, we wanted to remind you that gita should not be left in temperatures below 40°F. This could result in the inability to charge your gita. It is a feature to protect the battery from freezing. The battery will not begin re-charging until it warms to a temperature of about 50°F.

If you keep your gita exposed to the outside cold for an extended period of time,  bring it inside and let it warm up before charging. We recommend giving it 24 hrs at room temperature before attempting to charge. 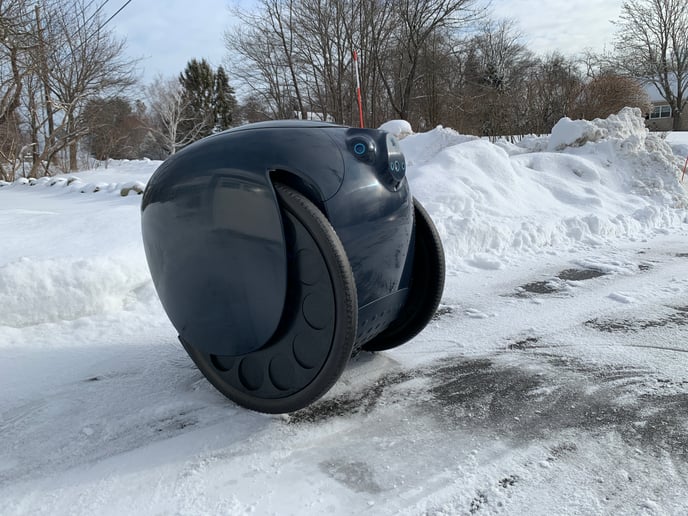