gita is a robot that always follows the lead of a human being.

Through the simple touch of a button, the gita robot pairs with you and follows you while transporting up to 40 pounds of your belongings. It can move at up to 6 mph and go up and down 16 degree inclines. gita’s battery supports up to 4 hours of continuous walking and will fully recharge in less than 2 hours. The cargo bin can be locked and is equipped with a phone charging port.

It is designed for outdoor and indoor hands-free operation in a wide variety of settings, from cities to offices and homes to suburban communities. gita gets its name from the Italian word for “short trip”.

gita’s lightweight, rounded shape and soft plastic body make it generally safe when used in accordance with the Safety Instructions.

gita uses cameras and sensors to follow people and avoid obstacles. These cameras are only used for gita’s physical tracking and therefore do not record pictures or videos.

Your interactions with gita happen through two buttons that change their color, brightness, and pattern as a function of those interactions. These buttons are located on the front of gita: the large Pair/Unpair button which tells gita to start or stop following you and the small Ready/Park button which raises and lowers gita between its stable Park position resting on the ground and it’s self-balancing Ready position standing on its two wheels. 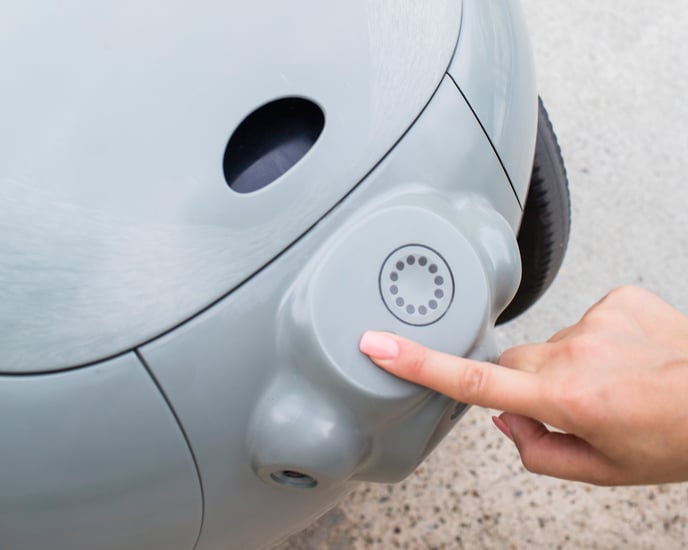 The wheel lights communicate gita’s current state and speed to bystanders. gita is also equipped with a headlight that automatically comes on and off as a function of the ambient light level.

Sounds adjust their volume dynamically based on ambient noise and communicate gita’s state.

The cargo bin carries up to 40 pounds and is available in two versions: A lidded bin comes standard with gita and can be locked through the mygita app while gita is parked. An Open Organizer Bin without the lid is available for purchase and allows gita to carry items that may extend beyond the height of the bin itself. 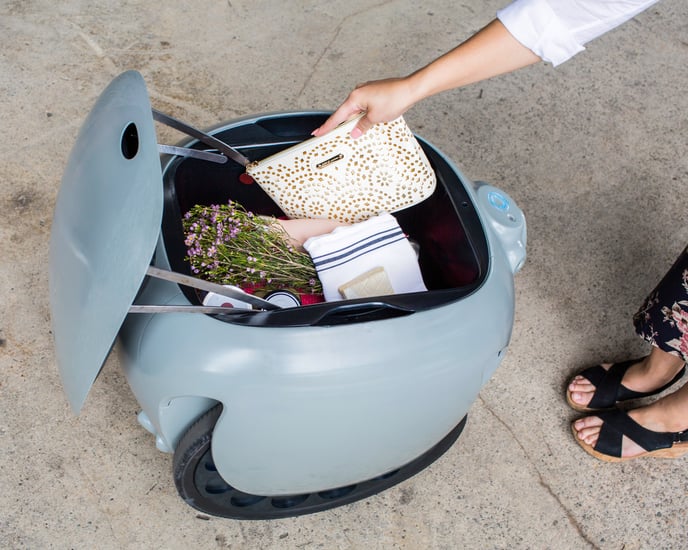 A phone charging port in this bin lets you charge your mobile phone or other small USB devices while gita is powered on.

The mygita app is available for iOS and Android smartphones. It is required for gita’s operation and adds advanced functionality (security, information, and support) as well as over-the-air software updates that add feature release and new functions to gita as they become available. Bluetooth wireless technology allows you to stream music from your smartphone to gita’s speaker.