Lights and sounds of gita

gita communicates with its user through custom-designed sounds and light patterns.

The wheel lights communicate gita’s current state and speed to bystanders. gita is also equipped with a headlight that automatically comes on and off as a function of the ambient light level. 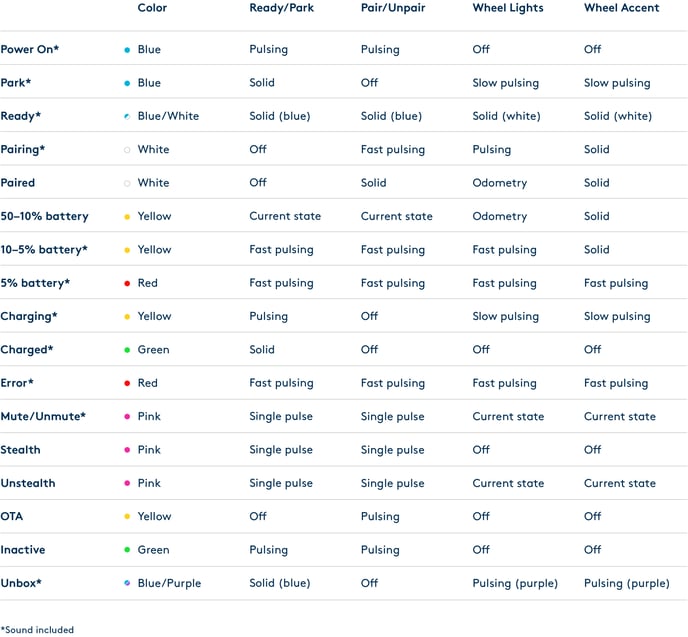 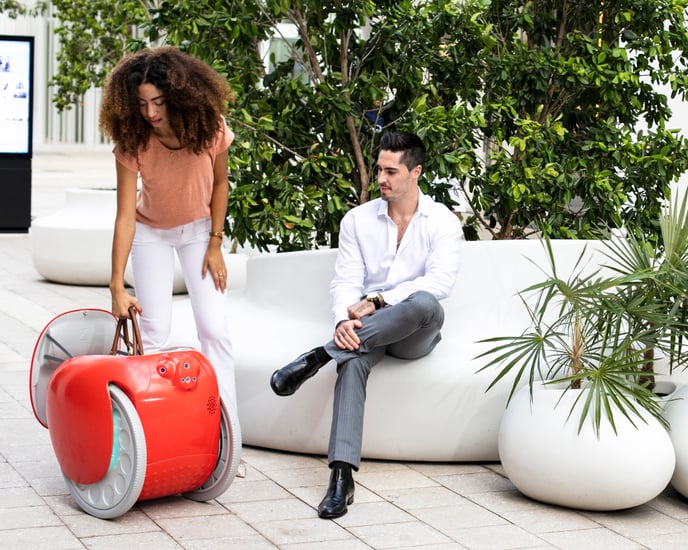 gita has eleven unique sounds that were specially composed by the Berklee College of Music to be easily heard in a crowd but not intrusive to those around you.

Listen to gita’s individual sounds in this video.